‘’Everything started when, being 21 years old, I decided to create a family and got married for the second time. Many people, who later turned out were my well-wishers, were telling me he was not who I thought he was, but when you’re in love, you don’t heed those advices. For some reason, I thought those people were against me.

Since I had already been married before and had a child, my current husband was always looking at me with suspicion. Somehow He was always trying to prove that I was bad. And I wanted to show him that I was good, so that I was always trying to prove myself. Then he started to physically abuse me for absurd reasons. For example, he was telling me to say “I love you” to him, and as I was telling “I love you”, he was replying “No, you are lying, tell me the truth,” and then he would hit me, bash my head against the wall, or beat me with a shoe. This is the first time I am saying that – I thought it was a punishment I deserved, because I thought I was bad, so I was trying to be good so he wouldn’t hit me anymore. I thought I’d stand this while he wasn’t sure in me, until he realized that I was good and all this would have been solved and he would not hit me anymore.

Once he started looking in the trash and found some man’s clothes thrown out by a neighbor. Of course, he suspected me, rushed into the house and hit me immediately. I took a fork and cut my veins so that he wouldn’t beat me anymore. When he saw the blood, he left. At that moment, I was happy that he left me alone. I preferred cutting myself. 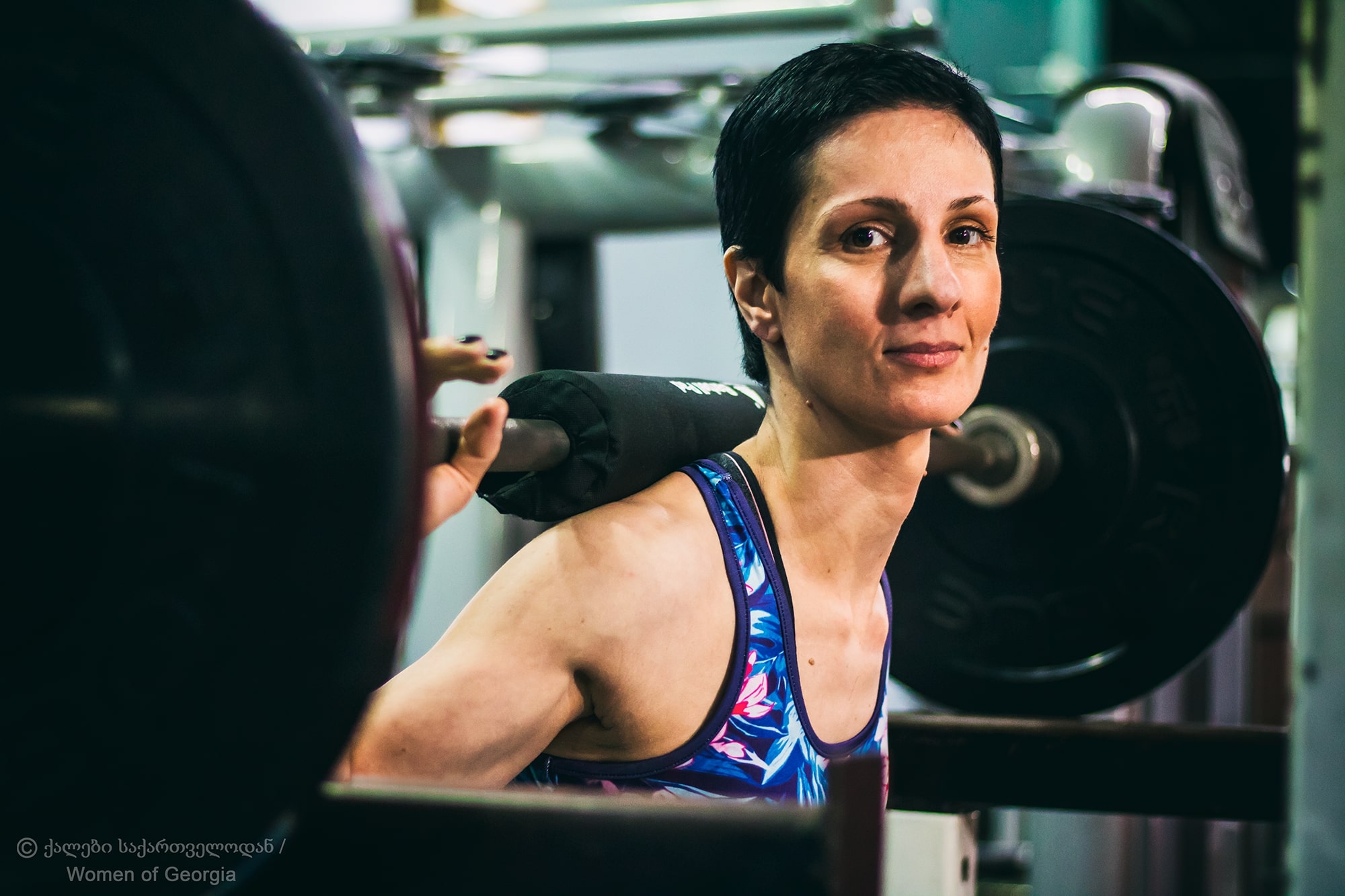 Our landline was in the kitchen and when he was leaving home, he was calling me immediately. I didn’t have the right to have a cell phone. When he called, I had to answer after one or two rings max, otherwise another beating was guaranteed. I was sitting in the kitchen for whole six years, to answer his calls as soon as possible. I didn’t go out of the yard for months. I was not allowed to talk to people; my friends couldn’t visit me either. If I was taking my child to a doctor for vaccination, I had to come back exactly on time, otherwise he’d beat me. Being in prison would be preferable to my life.

All this lasted for 6 years. He was fighting for very absurd reasons, for example, ‘’why was there a fly inside the house?’’ – He was hitting me because of that. ‘’the telephone cable was broken?’’ – “Why is it spoiled? You spoiled it! – That’s how my 24 hours looked like. Additionally I was starving, he didn’t allow me to eat, because I didn’t deserve it. I was greatly stressed all the time. Once an elderly woman told me how happy she would be if her grandson would marry a girl like me. I thought she was a fool, didn’t knowing how undeserving I was. I even told her that I was not good at all. My relatives were telling me to leave him, but I thought that I have to become a better person and then he wouldn’t beat me anymore.

I was home, beaten and hungry. While walking, I always looked down.  After so much violence and with time, love was gone, desires to have any kind of relationship with him went as well. One day, when he went out, I closed the door and didn’t let him in. Thank god, the apartment was mine. When he realized I wasn’t letting him in, he was surprised and started threatening me. For the first time in my life, I gained strength and called the police. I was nervous about that too. However, when they came, they drew me aside and they let him go. He continued threatening me over the phone. He scratched my new car with a knife, but he could have freely killed me with that knife, too. Once he somehow managed to get to me and tried to dump me in a bunker. I called the police one more time, but this time he was already gone and they couldn’t do anything.  From that day I was calling the police every day. The cops couldn’t do much, but when the criminal police came, they explained that it was a family conflict and we would be fighting one day and on reconcile on another, and so on. But I didn’t give up, I was going to the police station twice a day and they realized that I was serious. After that they placed him under suspicion. The district inspector intervened in the case and he was terrified that they take this case to the court. It was effective and he left me alone.  If I didn’t fight so much and didn’t go to the police every day, (they often had laughs at my expense) nothing else would have stopped him. For 4 months I went to the police station every day. 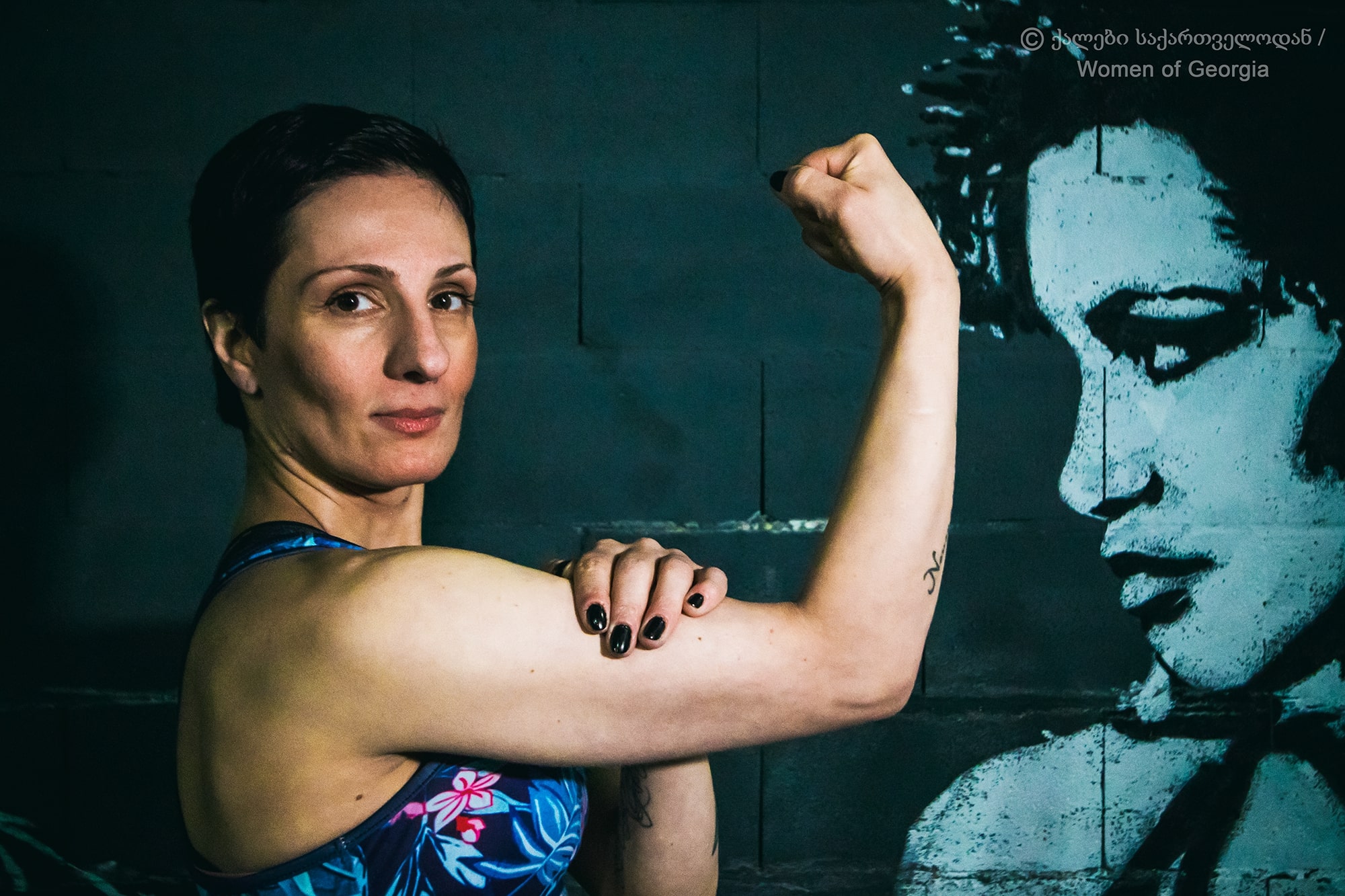 When I was divorcing from the abusive husband, many people were happy, but some people, mostly from older generations, were telling me, why are you divorcing, what’s the problem if he is hitting you? If you divorce him, you will miss that beating part too, you will go the wrong way. I have been told such stupid things. I often think that, if I had stayed with him, I’d rather be in prison or dead, either I would kill him or he’d kill me.

I needed 4-5 years to get out of it. When I finally got over him and my stress, I wanted to lead an active life. Near my apartment there was a gym and I always wanted to go there. My child started first and later I joined too. Physical exercise helped me to overcome my psychological pressure.

I became self-confident, which I never was before. I changed the way I walked, before I always looked down when walking, but now I started walking with my head held high. My forced victim’s role disappeared. I realized that I have found something for myself and decided to study this thoroughly to become a fitness instructor. Today I just don’t believe that someone was hitting me and that I have gone through so many things.